Essential Technology to be Safeguarded: Autonomous vehicles, Robots and Vaccines

The federal government, corporate industry, and like-minded countries will contribute $100 million in the development of quantum technologies as part of Australia’s first critical technology list. 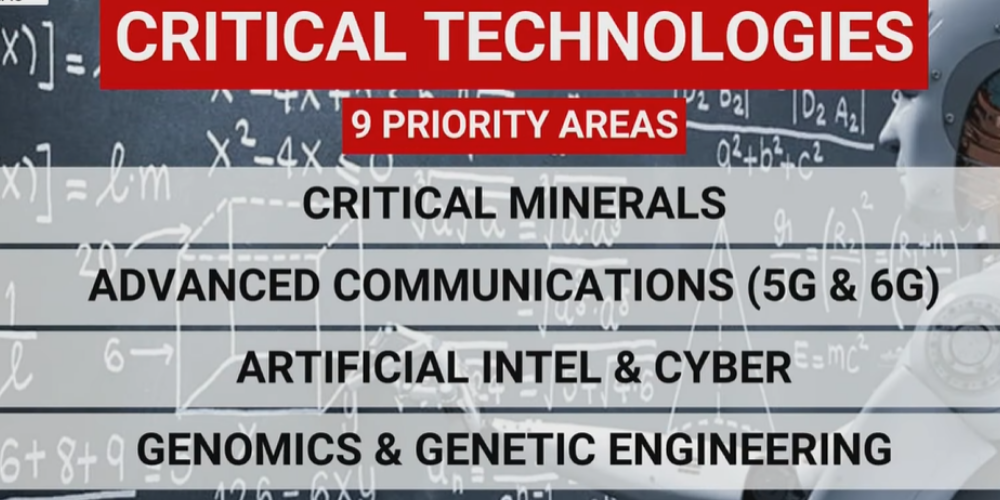 Prime Minister Scott Morrison will unveil the list on Wednesday, and it might be used to prevent Beijing from partnering with Australian institutions on specific types of research, as well as to stifle exports and foreign investment.

Mr. Morrison will also explain that under the new AUKUS defence pact, Australian authorities will report back in a month on how to create new capabilities in artificial intelligence, quantum technologies, and undersea drones.

There is a growing fear that China is developing a technological advantage in important areas such as artificial intelligence and quantum computing, which may be used for a variety of military purposes such as facial recognition and monitoring.

The Australian government has also been on the lookout for talent-recruitment efforts like Beijing’s Thousand Talents Plan, which might be used to facilitate espionage and intellectual property theft.

Mr. Morrison will declare the new blueprint “aims to balance the economic opportunities of essential technologies with their national security threats” in a speech to the inaugural Sydney Dialogue.

According to a draft of his address, he will remark, “The basic fact is that nations at the cutting edge of technology have greater economic, political, and military strength.”

“And, as a result, a greater ability to determine the norms and values that will shape technical growth in the next years.” 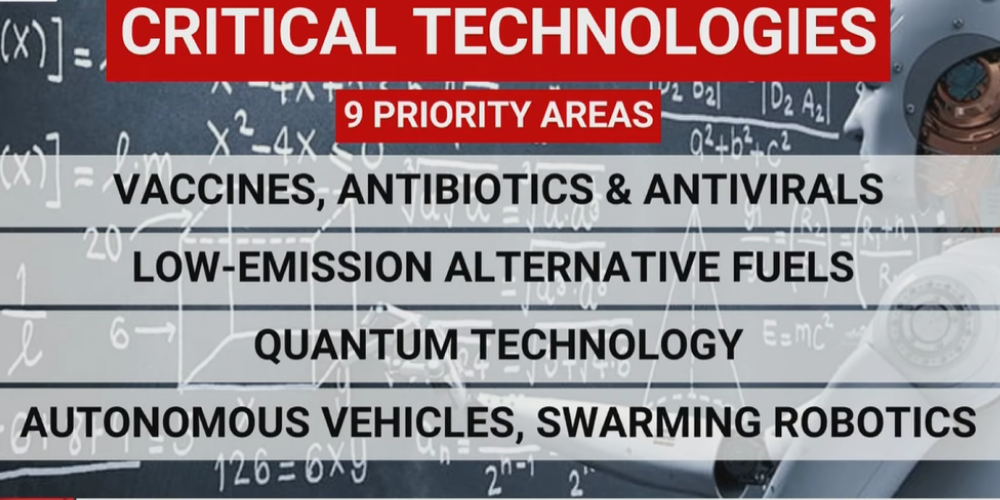 Advanced explosives, next-generation networks like 5G and 6G, cybersecurity technology, genomics, and low-emission fuels such as biofuels and hydrogen are among the 63 important technologies on the list. It goes much beyond the military or “dual-use” technologies that Australian universities and businesses have been advised to keep out of the hands of foreign governments in the past.

The new list will be used to guide the government’s standards for university cooperation, key technology, defense export controls, and critical infrastructure security, however, it does not include any new legislation.

Mr. Morrison will highlight concerns about authoritarian states’ exploitation of developing technologies, saying that while Australia wants technology to protect its citizens’ autonomy, privacy, and data, “not all governments view technology in the same way.”

“There are huge challenges ahead of us all in this period of technological revolution and strategic competitiveness,” he would add. “Our objectives are simple: to defend our liberal democratic traditions, to make Australia prosperous, strong, and safe.”

Mr. Morrison will discuss the possibilities of quantum technologies, which are based on the science of quantum mechanics and might vastly improve the power of computers, encryption, cryptography, and sensors.

He will unveil a $100 million quantum investment, including $70 million for a commercialization hub to build strategic collaborations with like-minded countries to commercialize Australia’s quantum research and assist Australian entrepreneurs in reaching new markets and investors.

Mr. Morrison will remark, “Quantum technologies will have defense uses, such as enabling navigation in GPS-deficient situations and helping to safeguard us from advanced cyber threats.”

Australia’s Chief Scientist, Cathy Foley, has been charged by the government with developing the country’s first-ever national quantum strategy.

By 2040, quantum technology development, commercialization, and adoption are expected to generate $4 billion in economic value and 16,000 new jobs in Australia.

Mr. Morrison will also try to refocus the AUKUS defence pact’s focus away from nuclear-powered submarines, which are unlikely to be operational until the 2040s.

Officials will provide a classified proposal to the government next month on how to deliver the non-submarine parts of AUKUS as rapidly as possible, including offensive cyber capabilities, quantum, artificial intelligence, and autonomous, undersea vehicles.

Mr. Morrison will remark, “To state the obvious, AUKUS is about far more than nuclear submarines.”

“AUKUS is a broad and adaptive relationship that will push our technology and capabilities cooperation in our Indo-Pacific area to tackle the challenges of the twenty-first century.”

Labor’s cybersecurity spokesman, Tim Watts, will deliver a separate speech in which he will warn that the world is in the midst of a technological battle between “democrats and a new breed of autocrats – leaders and citizens alike – whose individual decisions are shaping the way societies around the world operate.”

“In the technological sector, the conflict between democratic and authoritarian values has become absolutely prevalent.

“Where once globally linked technological supply chains and transnational social media platforms brought individuals and organizations from all over the world together, these sites of cross-border contact are now at the front lines of a value contest characterized by decoupling and Balkanization.”